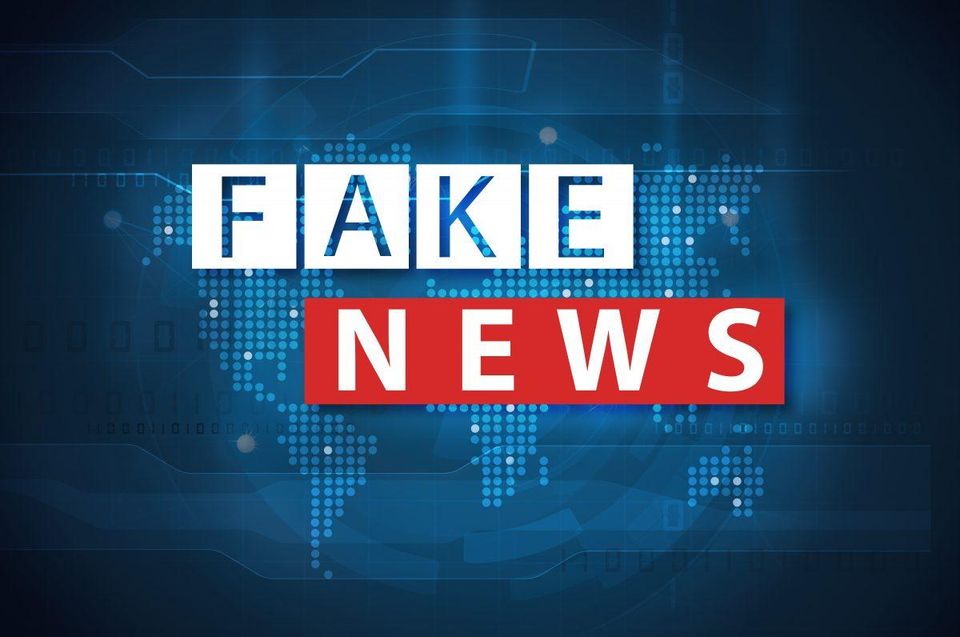 The first article at Bitcoinist by starts as it means to go on with a headline claiming that Coinmetics recent findings on BSV transactions show high levels of wash trading, already using this market manipulation term in the header to sow seeds of FUD before the article starts.

The above quote from Timothy Peterson he states Bitcoin SV is processing over a million tx’s a day which is more than the lightning network but then says its highly unlikely these are genuine with no evidence or data to back up his claim. Bitcoin SV is a public ledger and there are apps like https://bitcoinblocks.live/ which allow you to visually see live transactions on the network and which applications the transactions where sent through. BSV is not only for sending payments and trading on exchanges like BTC’s only utility, applications like Twetch, Ecat.media etc are built on top of the Bitcoin SV protocol so users of the applications make public micro transactions in BSV to store data that is valued enough for the user to pay Bitcoin SV for it to be stored in the public Bitcoin SV blockchain forever.

I’m sure most of the people reading this know the applications built on Bitcoin SV search the public blockchain and then display the stored data from the blockchain related to their app. With the valued data for these applications tied to each transaction surely Coinmetrics could have provided evidence of their claims but this is misrepresented on purpose to tie up with their claim of high levels of Wash Trades found in their research. For a company that supposedly specialises in coin metrics and data they do not provide any data or evidence on how they reached this incorrect conclusion of wash trading.

Next up is a medium article that is written by Brad Mills who has almost 17,000 followers on twitter and runs a crypto podcast ‘Magical Internet Money’. These influencers who talk so much about the crypto currency industry,  should spend more time working on or with the technology they talk about rather than just chanting “price go up” like some cult. This article is about SHA256 hashrate wars and covers the potential of a chain stall on the BTC network when CSW sells a chunk of BTC around the halving time that was announced in a Slack channel over 8 months ago. 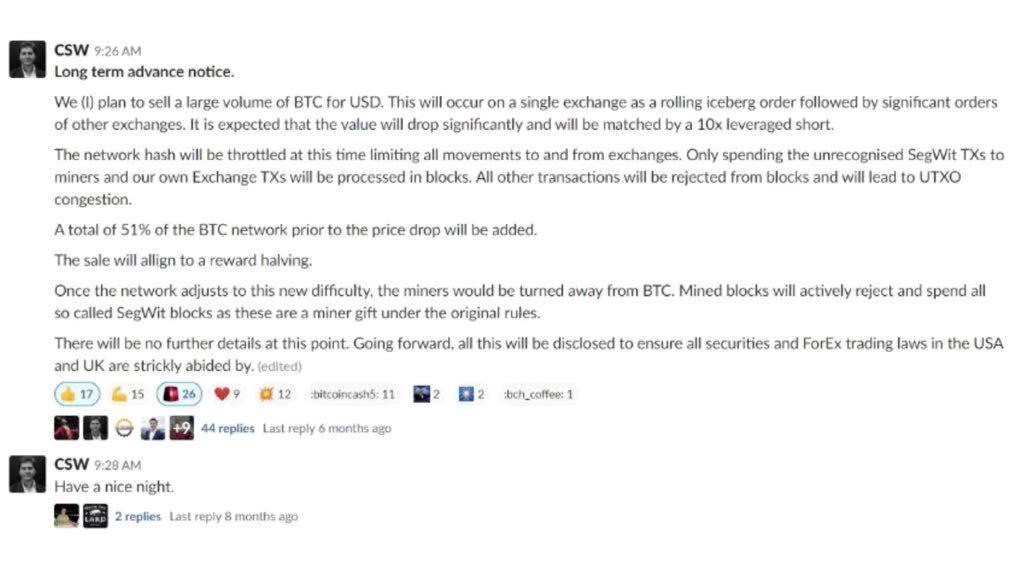 The author starts by clarifying that if you are a critical thinker and follow BTC news you would understand the CSW is a fraudster and a conman. The way that is written is to infer if you do not think that then your not a critical thinker, these influencers want you to take their word for this, not to do your own research (proof of work) and come to your own conclusions. So the author better double down and explain why its not possible to chain stall BTC.

He starts by re-going over the BCH and BSV chain split and following hashrate battle, and finishes up with the following statement.

The author sounds very confident that the current hash rates of BSV and BCH are going to remain consistent and miners are loyal. He has not taken into account the free will of the miners to change chain and with the upcoming block reward halving on all three SHA256 chains, this is going to have a massive impact on the choice of network for SHA256 mining operations. To start with the BSV and BCH chains will both have their block reward halvings before BTC, this will see a lot of miners that usually mine on BCH and BSV move over to the BTC chain as their income from the block rewards on these 2 chains would have halved and BTC will still have a block reward of 12.5. This is what many believe will cause a hashrate and difficulty spike on the BTC chain leading up to the block reward halving.

Upon the BTC block reward halving the BCH and BSV miners will return to their respective chains as the financial incentive to mine BTC has gone and the BTC network will be stuck on a mega high difficulty block with a massively reduced hashrate which will cause the BTC network to stall as the remaining miners will take a very long time to find the next block. This chainstall would start to cause panic as fees rise and more transactions would be filling the mempool, starting the flippening of BTC hodlers and miners over to BSV as FOMO will kick in as people race to move their coins.

When the BTC network is busy, fees skyrocket and the mempool fills with unconfirmed transactions that happens quite regularly now let alone when it coincides with the block halving, miners switching chains and people rushing to exchange their coins.

The BCH has network has its own issues with the coming block reward halving impacting miners income already, their announcement of a tax on miners to fund development going down like a lead ballon, Roger’s Authoritarian and totalitarian tendencies will put off many miners from mining on that network in future.

BSV will be best prepared to sustain the pressure of a reduced block reward with the fees from data uploads giving miners an extra income as BSV scales, the more miners will earn. Once all the unnecessary additions to the Bitcoin SV protocol are removed when Genesis upgrade has rolled out in a couple of days, Bitcoin SV will be ready for enterprise use and unlimited scaling.

The Genesis upgrade on the 4th of February will unleash the full potential of Bitcoin SV, which could lead to the collapse of majority of other crypto currency networks that have all suffered issues such as having no way to sustain miner revenue when block reward halves, regularly used by criminals & terrorists, have no real utility, or are built on a protocol that is often amended or does not scale.

In my opinion these media attacks on the Bitcoin SV network are coordinated as they would not all be trying to discredit Bitcoin SV with misinformation if it was not a threat to the coins they are HODLing that have no utility and it also shows how these crypto publications and influencers do not care about the people who read, follow them & fund their lifestyles by pushing false and deceptive information to them all.

The FUD (Fear Uncertainty and Doubt) they have all spread this week is due to the fear they have of the Bitcoin SV protocol returning to the original vision on 4th February, there was never meant to be 1000’s of protocols competing just one stable scalable protocol is required which everyone can build their ideas upon. 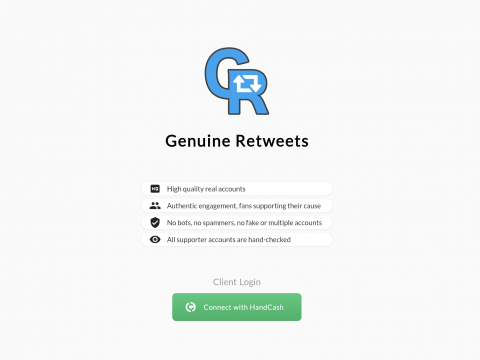 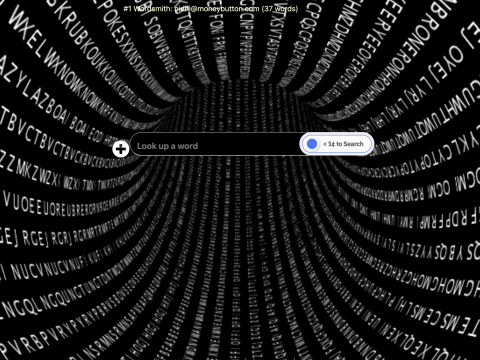 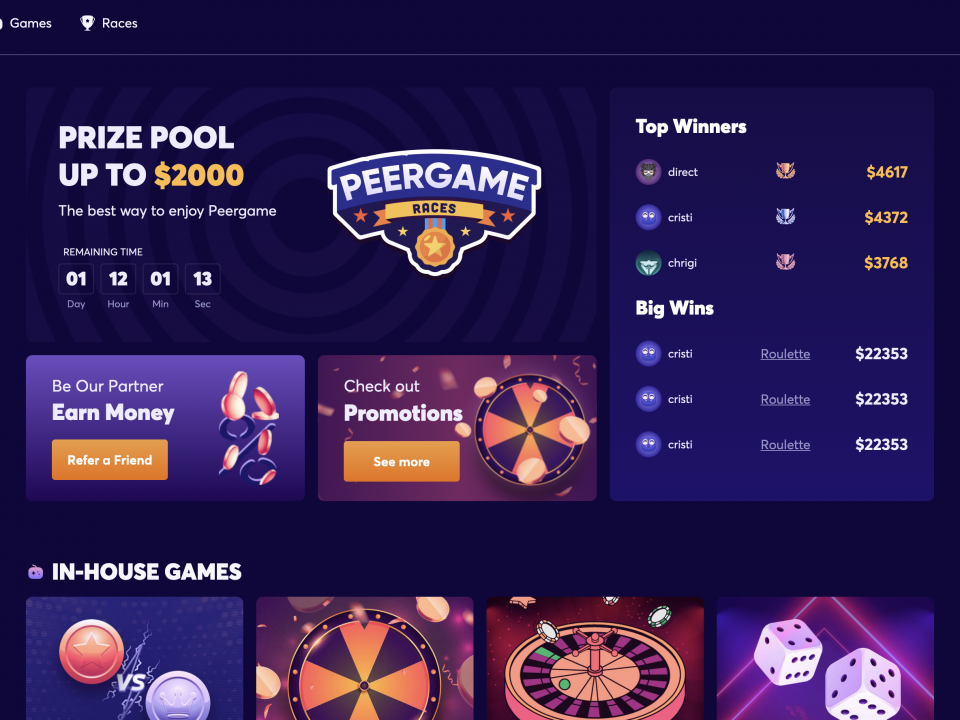