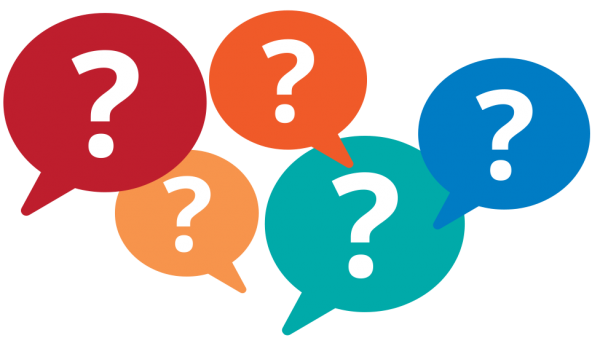 The Bitcoin SV community saw the release of another token protocol this week, I thought this would be a great opportunity to go through all of these token protocols now being used on Bitcoin SV. Each token protocol has different features and capabilities that can be utilised by the developers of applications and token creators, giving them freedom to create new markets and economies using a token protocol that is suited to their needs.

The issue with all these token protocols is interoperability, currently each token protocol only works with certain wallets and /or platforms. This should be addressed soon as we need to have wallets and services that can hold / use multiple types of Bitcoin SV tokens.

This was the first token protocol on Bitcoin SV, it is a centralised service from the owners of Moneybutton. It has seen many tokens created on it over the last few months with some tokens being tied to limited edition artworks and other NFTs. Other than the backed tokens, most SFP tokens at present should be seen as collectables like trading cards.

Minting tokens on SFP can be performed on Bitcointoken.Exchange set up by gmadd, which enables signing in with Moneybutton so users can buy, sell and mint tokens on SFP.  TokenPow is a new token auction platform that also enables sales and minting of SFP tokens.

SFP tokens can only be held in your Moneybutton wallet at present.

This protocol is currently an exclusive to the Twetch Platform,  it enables the world’s first interactive 3D object NFTs that are completely stored on chain. This is truly revolutionary that could potentially be the link between social media and virtual world economies of the future. For now though there are 4 NFTs available, Twetch Rare Hats, Tendies, Eggs and a Lock. The Twetch Rare Hats are tied to physical hats but all the other items are digital only collectables. Twetch 3D NFTs are not backed and should be seen as collectables like trading cards.

Minting of Twonks tokens is currently only performed by the Twetch devs, I do believe that they are approachable for submissions of 3D art if you are talented in that field.

Twonks tokens are currently only able to be held in your Twetch wallet and can be traded on the Twetch Market. Although some Twonks NFTs have been tokenised on to other protocols such as $HAT is on Run.

The Run protocol is fully open source, it allows you to create Jigs, Jigs are programable tokens where every part of that data is completely stored on chain. The properties of the Jig that can be updated if you wish and you also have the ability to code instructions that will be carried out upon set conditions. The tokens can be as simple or as complex as the developer wishes, there are many different use cases that are already being worked on with Run protocol tokens. From backed tokens using profit sharing like HST tokens to in-game items in games like Cryptofights or More Duckies.

Without coding, anyone can mint Run Jigs that are Fungible Tokens through RelayX mint or mint.tique.run. Minting of Non Fungible Tokens is currently performed by RelayX until their NFT tools are released soon™. RelayX have added additional properties to the NFTs (Jigs) that are created through their platform, which empower art NFT creators to set the future royalty percentage of future trades of their NFTs for life that gets paid automatically without them ever needing to take action. Also the RelayX NFT Ticker owners can earn a percentage of fees from markets listed under the ticker they own. TokenPow is a token auction platform that also enables sales and minting of Run tokens.

Run protocol tokens can be held in a RelayX wallet or in tique.run, all tokens created are able to be traded instantly on the RelayX exchange.

Dot Wallet one of the leading Bitcoin SV wallets in Asia, they have created their own layer 1 tokens called Badges using the sCrypt language that allows users to mint various types of programmable tokens from points cards, membership cards and many other assets from within the wallet. For more information on the contract and how assets and transactions are verified with Touchstone please see. https://www.dotwallet.com/en/article/257

Tokenized is now in early access, they are testing out their full suite of tokenisation, exchange and contracting services. They are using their own protocol that will enable users to securely KYC on chain and much more. For more info see their presentation from Coingeek here. https://www.youtube.com/embed/EgYdiG0Gv7A

I will update this when they are open to public use soon™.

Volt Wallet have implemented Sensible Contract (Previously BTP-F and BTP-NF protocol) to their token minter through their wallet, a simple UI with choices to create Fungible tokens and Non-Fungible tokens that be held and transferred from inside your Volt.id wallet.

* To be fully released soon™

Attila Aros released his long awaited open source token protocol based on SuperAssetNFT Layer-1 Technology. I am very excited by this token protocol as it backs every token with satoshis, so every token has a price floor. No more can people say that an NFT has no value which is a common response when explaining NFTs to people not involved in this space. At any point in the future when the holder of the NFT wishes they can melt the NFT back into satoshis.

Blockpress has just been released in beta post only mode to showcase the ability of this protocol, the platform is a NFT gallery and a NFT minting service using SuperAssetNFT protocol. Every token that is created through the platform can be backed by a custom amount of satoshi’s thus giving every NFT value, the NFT can be melted back to the satoshis once the desire to hold the NFT has passed. Currently you can upload a file up to 20mb, fill in a form and then you will need to create a new key (Make sure you store this somewhere safe!) that will be the owner of your NFT. All the data is stored on chain and the platform uses the awesome Paypresto to allow payments from all the major Bitcoin SV wallets to make the process as simple as possible.

Currently you have to create new keys on Blockpress to hold your Assets as no wallets or services support this protocol as its only just been released, I’m sure that will change soon™.

STAS tokens are Layer-0 tokens on Bitcoin SV, they are patented by Taal, STAS was named for its inventor but has a useful backronym that has been coined of “Substantiated Tokens from Actualized Satoshis”, is the method by which any issuer can transparently, and openly convert generic unsubstantiated sats (Bitcoin) and turn them into a ‘minted’ token with a legal issuance contract. In effect, the ‘issuance’ of a token, requires a satoshi (sat) to be ‘imprinted’ and transformed into a substantiated satoshi, which has restrictions on its use, and a real world asset assigned to it, backed by the issuer.

Elas.Digital posted last year about their Satoshi tokens that in an ideal implementation (not possible today due to dust rules) each token would be represented by a single satoshi in a spendable UTXO. Elas Digital are currently working on a world first, the tokenisation of a nations economy. The project will seek to deliver an innovative ‘Tuvaluan National Digital Ledger,’ which aims to transform the processes of managing the Tuvalu Government and economy in a package designed to suit the unique culture, geography, and society that all Tuvaluans share.  There is little public information other than press releases and you can contact Elas Digital for tokenisation assistance.

For more information on the Elas Satoshi Tokens: https://www.elas.digital/blog/a-token-ledger-system-that-leverages-the-simplicity-of-bitcoin